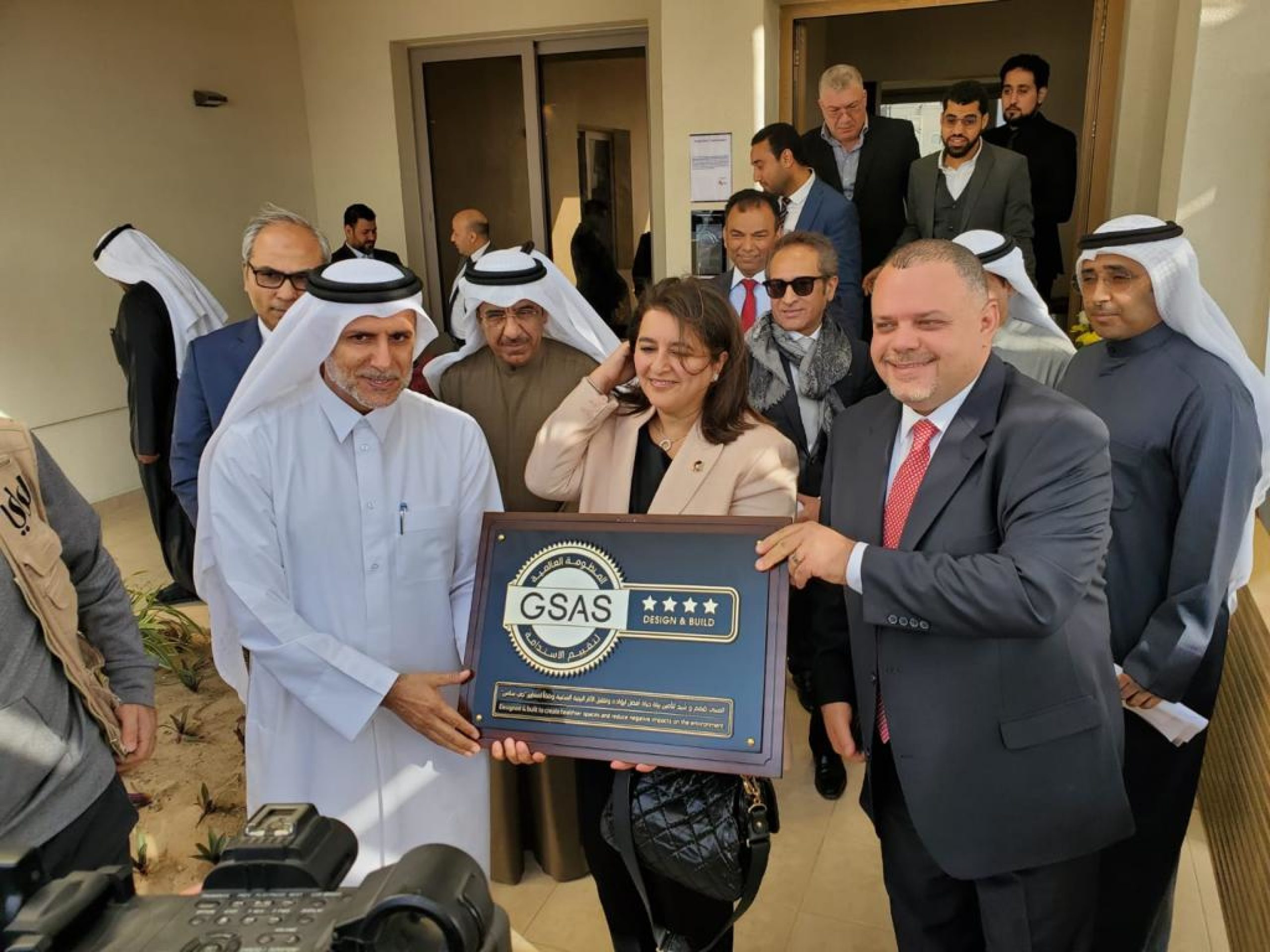 Dr. Rana Al-Fares Minister of Public Works and Minister of State for Housing Affairs at Council of Ministers attended the inauguration of The Smart House 2035 joint project between National Technology Enterprises Company (NTEC), Enertech and the Public Authority of Housing and Welfare (PAHW). The opening took place on Thursday, 20th February 2020 in Jaber Al-Ahmad city where contributors to the House and press were invited to discover more than 25 innovative technologies that contribute to lowering energy consumption in Kuwaiti houses by around 40%.

Also, in the presence of Dr. Rana Al-Fares Minister of Public Works and Minister of State for Housing Affairs at Council of Ministers was NTEC Group CEO Mr. Anas Meerza and Enertech CEO Mr. Abdullah Al-Mutairi who guided the Minister on the tour of the first smart eco-house in the country and described what each technology does and how it contributes to the environment?s sustainability as well as His Highness the Amir Sheikh Sabah Al-Ahmad Al-Jaber Al-Sabah?s vision of New Kuwait.