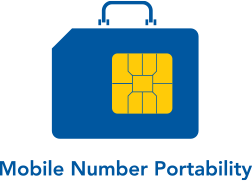 Kuwait to launch MNP in mid-June

Kuwait Ministry of Communication (MoC) announced that an orientation campaign regarding the regulation of Mobile Number Portability (MNP) will be launched in mid-June 2013, Al-Seyassah reported.

According to the Undersecretary of Ministry of Communications Humaid Al-Qattan, the service will encourage competition among operators and will prevent monopoly. According to TeleGeography’s GlobalComms Database, MoC and the National Technology Enterprises Company (NTEC) announced that MNP will be commercially available in early June. In order to access the free service, subscribers of the three main telecommunication companies in the Kingdom – Zain, Wataniya and Viva – need to fill an application and settle their bill with the current service provider, after which they will receive a new SIM card with their existing mobile number. The transaction is estimated to take no more than 24 hours.